A remote-controlled, robotic moose decoy that takes “realistic” to a whole other level will soon be on its way to Manitoba, thanks to a grant from the MLOA’s Hunter and Angler Preservation Fund.

Conservation Officers in Manitoba’s Eastern Region have placed an order with Alain Larochelle of Victoriaville, Quebec, for a new lightweight robotic moose, which they plan to use to combat poaching in the Nopiming/Manigotagan area (GHA 26), which is currently subject to a conservation closure for moose hunting. One of the country’s best decoy craftsmen, Larochelle uses real moose hide to cover the decoy. Advanced robotics inside the “moose” allow the decoy’s movements to be controlled by an officer remotely from up to 500 feet away.

The moose is scheduled to be delivered this coming winter (2017-18), and will be used by COs along with some high-tech camera equipment that was also purchased thanks to the same HAPF grant. In total, our COs will be receiving $7,000 from HAPF for the project.

“I’ve been making decoys for more than 20 years. I only do it for Conservation Officers and government authorities for enforcement,” Larochelle told MLOA Magazine. “I’m a hunter and a taxidermist and it’s my way of helping. The wildlife officers in my area came to me one day and asked if I could make one. That was 20 years ago. Now it’s my full-time job.”

Larochelle’s decoys are found all over Canada and the US. He estimates he’s made about 30 moose over the years, and also has about 75 whitetail deer decoys operating in the US, in addition to several bear and wolf decoys. “I’ve made them for all over Canada from Newfoundland to BC. I just finished a grizzly bear for BC,” he said.

In all his years, Larochelle has never had a complaint about the durability of the specimens, he said. It seems poachers are no big fans of his work though, as the robotic decoys have left a trail of takedown tales in their wake. With officers controlling the moose’s movements from afar and real moose hide on the outside, some of the past victims of Larochelle’s decoys have even admitted to game officials afterwards that they didn’t even realize they had shot a decoy until the officers arrested them and told them.

Conservation Officers based in Lac du Bonnet applied for the funding during our last HAPF intake this past winter, and the MLOA board enthusiastically supported the application. In making their pitch, the COs noted the decoy and associated camera equipment not only represent a means of apprehending those who are shooting at “moose” in closed areas or at illegal times; but that they’re also hoping its very presence out on the landscape will get the word out and hopefully deter illegal activity in the first place. So please spread the word, and let’s hope the poachers take note. 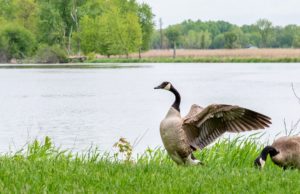 Manitoba Lodges and Outfitters Association (MLOA) is pleased to learn the Honourable Steven Guilbeault, Minister of Environment and Climate Change, announced yesterday modernization of the 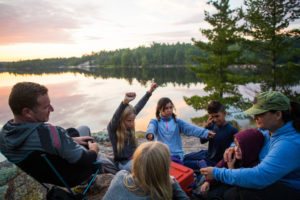 Manitoba Lodges and Outfitters Association (MLOA) announced today that its board recently approved $15,000 in funding grants to two community applicants, from the organization’s Nature